Does National Culture Influence the Adoption of Lean Tools? 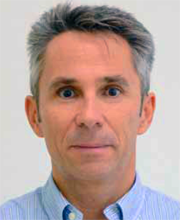 Lessons from Caterpillar Production Systems. Laurent Rannaz holds a DBA from Grenoble Ecole de Management. He joined Caterpillar France 28 years ago as project manager in charge of production line automation. Since then he has occupied various positions within the company. In 2011, he became Director of Operations. In September of 2015, he was chosen as the new Managing Director of Caterpillar France.

As globalization has forced multinationals to expand across borders, it has become essential to analyze the validity of management theories and tools when applied to global contexts. This study builds on experiences drawn from Caterpillar's activities in order to evaluate the impact of national cultures on the implementation of lean management tools. When implemented across various cultures, the efficiency of tools may decrease and therefore have a negative impact on performance. The goal of this study is to understand these differences in order to propose alternative solutions facilitating deployment and improve efficiency.

To understand the link between national culture and CPS scores, the study used Hofstede's six national culture dimensions: Power Distance (PDI), Individualism (IDV), Masculinity (MAS), Uncertainty Avoidance (UAI), Long Term Orientation (LTO) and Indulgence Versus Restraint (IVR). The study results indicate a clear correlation between Hofstede's dimensions and the evolution of CPS scores. The results demonstrate that countries with high PDI and LTO as well as those with low IDV and IVR can expect better lean management tools adoption. No influence was noted in terms of MAS and UAI. In addition, the study highlights a positive correlation between industrialization levels and lean-tool adoption

Today's globalized world requires management theories and tools that adapt to fit a variety of contexts. Traditionally, management theories and tools have been created for a specific culture. As a result, they cannot be blindly exported to other countries. Lean management is a particularly interesting example of this challenge as the theory is known for being a key factor in Toyota's success and yet, it has often been difficult to implement in other countries and industries.

This study clearly underlines the impact of national culture on the successful deployment of lean management systems. To forewarn managers of the possible challenges they might encounter when implementing a lean system, this study proposes a classification by country that indicates how easy or difficult it may be to implement lean tools. While such a classification system is not a precise ranking, it provides a clear indication of how easy it will be to implement a lean tool in one country as compared to another. The goal is not to help companies decide in which country they should set up a facility, but rather to provide them with relevant information to evaluate how much support or attention a particular country may require.

In addition to classifying each country's overall ease of adoption for lean tools, the study offers a classification according to each lean principle. This provides practitioners with additional information to understand which specific lean principles may be easier or more difficult to implement. Finally, the study also proposes an evaluation of the relationship between each lean principle and national culture dimension.